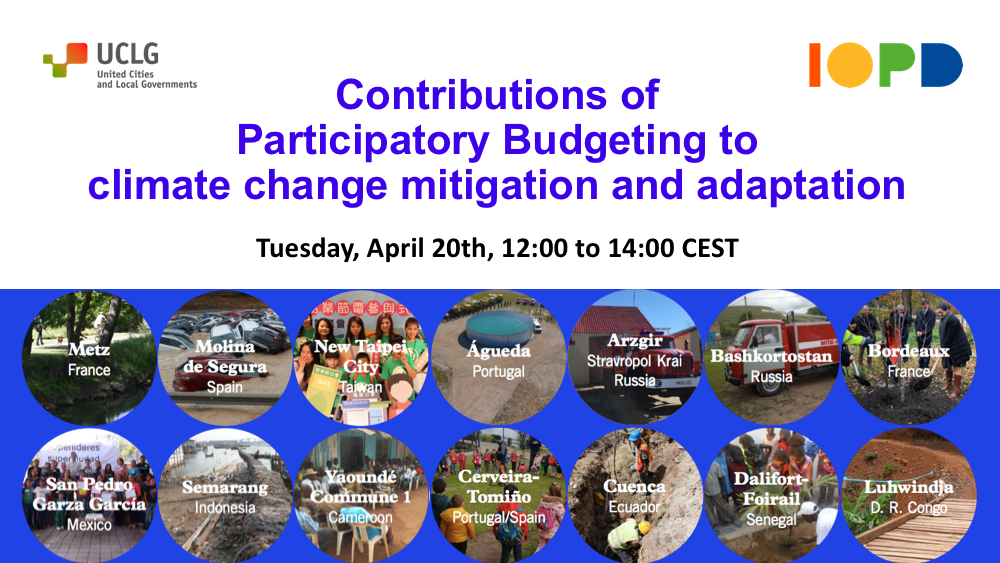 The International Observatory on Participatory Democracy and United Cities and Local Governments are organising a webinar following the publication of the study "Contributions of Participatory Budgeting to Climate Change Mitigation and Adaptation", coordinated by Yves Cabannes (UCL/DPU) and co-edited by several partners.

The report draws on PB initiatives in 15 participating cities and regions from different continents. Its first objective is to describe and understand what is actually happening in the field and explore the extent to which PB contributes to climate change adaptation and mitigation, how it does so, and the current challenges facing PB actors. It assesses the nature and importance of these contributions: Are they marginal or not? What do they cost and where do the resources come from? It highlights the numerous innovations that actors have introduced to integrate PB into climate adaptation and mitigation efforts.

During this webinar, the key findings from the study will be shared, followed by presentations and discussion among four cities, exploring the potential of climate-related participatory budgeting at the local level to help address the dramatic impacts that climate change has on millions of people's lives.

The webinar will cover: